TO OUR MERCHANT NAVY… THANK YOU.

Aged 41, after six and a half years at sea, Samuel found himself without a job or a home.

In the weeks that followed while he searched for work, Samuel applied for Universal Credit to help cover essentials like food and finding a room to rent, but with no other income or savings, expenses like travel between job interviews became a luxury.

Samuel’s situation grew worse as his debts mounted and the increased financial pressure started to have an impact on his mental health as well. Thankfully, he received some practical advice from his local Honorary Agent, a nationwide network of volunteers for the Shipwrecked Mariners’ Society. They were able to assess his situation and provide some short-term support in the form of a few small payments to help with his living expenses.

‘We provide financial help to both retired and workingage seafarers and their dependants who are in need,’ explains Captain Justin Osmond, Shipwrecked Mariners’ Society Chief Executive.

‘Since Covid, many have had to rely on universal credit for living costs as their income has disappeared. There’s a 4 to 6-week wait for many benefits and we help keep the lights on until they kick in.’

In addition, Captain Osmond has found that many elderly beneficiaries have not sought the support they need because of the belief that there are others with bigger problems.

‘We mainly work with retired seafarers however we have found that Covid has driven more working-aged people to us,’ Captain Osmond explains. ‘We have been working to support them, but the question we are asking ourselves now is how long will the ripples that Covid has caused last?’

Never has there been a more crucial time to stand up for the brave men and women of our Merchant Navy.

We recognise the extreme financial challenges that working and retired UK seafarers and their families are facing. This is why we support organisations like the Shipwrecked Mariners’ Society, which offer a lifeline to working-age seafarers like Samuel who are unable to meet their financial burdens, and, for retired seafarers who are unable to get the support they need elsewhere.

Your donation will help us give Merchant Navy seafarers and their families somewhere to turn for support at time of crisis.

£15 could help fund the Seafarers Link telephone service. A lifeline and a connection to the outside world for isolated veterans and elderly former seafarers.

£28 can cover the cost of six food hampers containing essential items such as bread, tinned food, pasta, biscuits – and even a little chocolate.

£100 could fund two counselling sessions for an elderly seafarer who is suffering from anxiety and isolation in these difficult times.

Thank you for your support.

2 posts
No posts yet
Close

TO OUR MERCHANT NAVY… THANK YOU. has received a donation, donate to this cause to help reach the fundraising target!

TO OUR MERCHANT NAVY… THANK YOU. has launched a fundraising campaign, show your support with a donation!

Uh-oh... looks like your session has expired. Please refresh the page.

Why not start your own fundraiser? It's so easy to get involved... 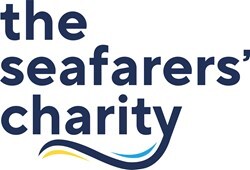 At The Seafarers’ Charity (formerly Seafarers UK), we’ve been improving the lives of all seafarers and their families for over 100 years. We started as the King George’s Fund for Sailors in 1917 to provide vital assistance in troubled times. Today, we’re guided ... Read More

Charity profile
TO OUR MERCHANT NAVY… THANK YOU.
Aged 41, after six and a half years at sea, Samuel found himself without a job or a home. In the weeks that followed while he searched for work, Samuel applied for Universal Credit to help cover essen

You are about to remove the message and all replies. Do you want to proceed?